There's an Occupy Movement going on in my garden.  I started to name this "The Ugly Post" because it's not pretty.  Not pretty at all. 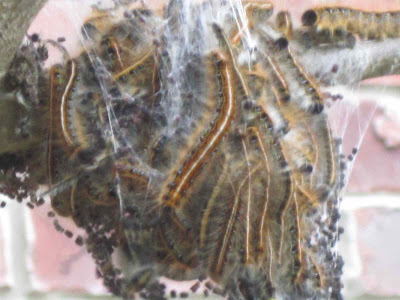 They have started making their home in my crabapples.  They have told their friends, and they have increased their hold in my garden.  They are ugly.  If these caterpillars turned into a beautiful butterfly, I might think differently.  But the eastern tent caterpillar turns into a nondescript moth. 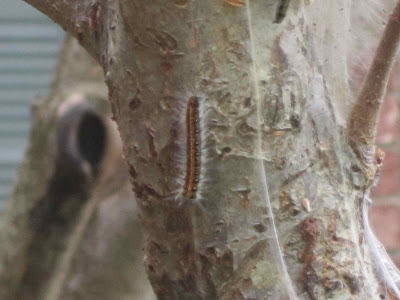 I am a lazy gardener.  That's why I garden organically most of the time.  And I've found that there is usually a natural predator that will come along eventually.  Like ladybugs that come to eat the aphids.  But because most birds won't eat a hairy caterpillar, I've read that the eastern tent caterpillar's only natural enemy is the cuckoo bird.

It's unlikely I'll have any cuckoo birds passing by, looking for caterpillars in my garden. 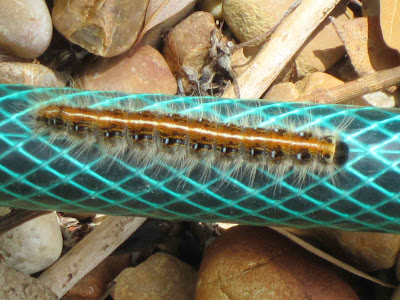 So, I've been wondering how to take care of these unwelcome guests.  I've tried winding the tent around a stick, but the tents are usually very high up where I can't reach, and I don't see any progress being made with this method.

And what do I do?  Wring my hands, and wish I knew a cuckoo bird owner!


Next year I'm going to have to do something with these caterpillars.  I'm just not sure what!   Do you have a cuckoo bird I could borrow?
Posted by HolleyGarden at 6:33 AM