The Good, The Bad, and The Ugly

I love to see dragonflies.  There are many times I see them when I'm out in the garden. 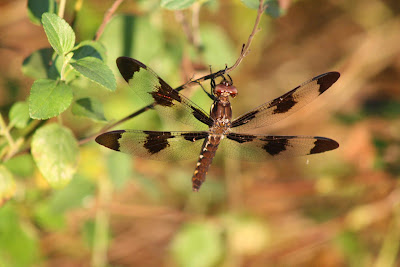 Sometimes I will see a swarm of them.  Why do I consider them "The Good"?  They eat mosquitoes, ants, and termites.  If you want more information on dragonflies, check out my post HERE. 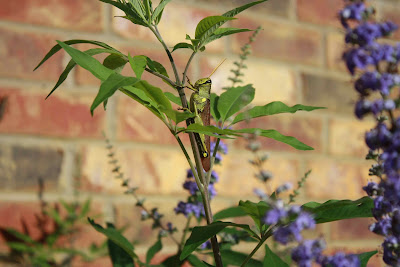 This creature is considered "The Bad" by most gardeners.  Grasshoppers have five eyes and no ears.  Yet they can still hear, thanks to some strange organ on their stomachs!  There are thousands of different species of grasshoppers, and can be found around the world, except at the North and South Poles.  The locust is a type of grasshopper.  Grasshoppers eat about one-half their body weight every day. In areas of high infestation, they've been known to eat the paint off of buildings!  If only we could teach the grasshoppers to eat just weeds, they would go from being considered The Bad to being The Good! 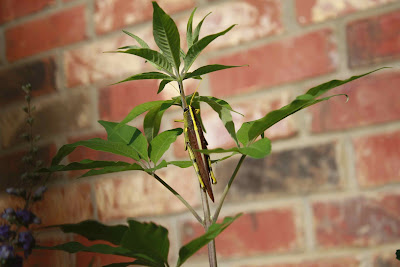 This particular grasshopper is the Obscure Bird Grasshopper (Schistocerca obscura).  It was as long as one of my fingers!  I don't think I've ever seen a grasshopper as big as this one.  And there were several on this plant!  One of the most interesting facts I read about grasshoppers was that some people claim to be able to determine the temperature with a grasshopper.  If you count the number of chirps for 15 seconds, and add 39, that is supposedly the temperature in Fahrenheit degrees.  Maybe I'll give that a try! 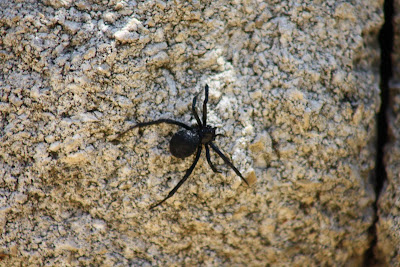 Finally, The Ugly:  Black widow spiders are considered the most poisonous spider in North America.  We have tried for years to eliminate our population of black widow spiders here, but we still find them quite regularly.  Black widows lay around 300 to 400 eggs per cocoon, and lay about four cocoons every summer.  I guess that's why we have never totally eliminated them. 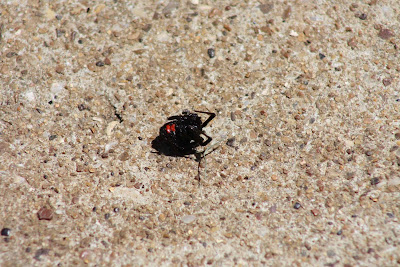 I'm certain the male black widow spiders don't think the females are ugly.  But little do they know that she may make a meal of them!


Posted by HolleyGarden at 7:18 AM