I just love to read spy novels.  So much intrigue, drama, and suspense.  Almost as much as growing a rose garden!  You see, many times a rose is bought without knowing exactly what the bloom will look like.  Mystery and suspense, sometimes leading to quite a bit of drama!


Christopher Marlowe is a great example.  I bought this rose this past spring without first seeing its bloom, yet I still placed it in a prominent position in my main rose garden.  I wondered if this act might become a tragedy.  Oh, the suspense!  Thankfully, I am very pleased with the way in which the story is unfolding. 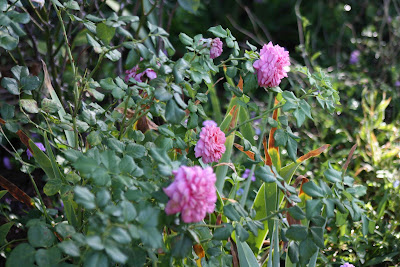 And in another twist, some even speculate Christopher Marlowe wasn't really assassinated.  Instead, he needed a new identity, and his death was faked.  Because the writing style is similar (and some verses almost copied), some believe that the name Marlowe chose as his new identity was none other than William Shakespeare!

It's almost like the modern day mystery of the Elvis Presley sightings! 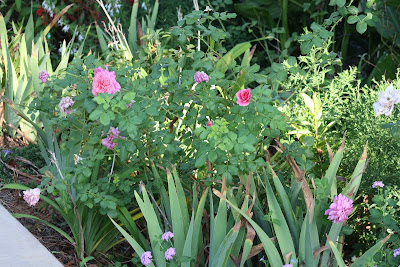 No matter the truth about the man, I love the rose.  Fragrant, disease resistant, hardy in zones 5 through 9, it grows to around 3 or 4 ft. tall and wide.  When I'm out in my garden, I can't seem to take my eyes off this rose.  It's definitely noticeable - in a good way! 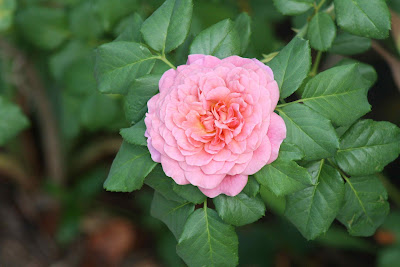 I think it stands out because of its very unusual color and bloom form.  Most descriptions state this rose is red-orange, and it probably is in cooler weather.  In my hot summer garden, it's pink, with a splash of magenta, a touch of coral, and fading to lavender.  Yet somehow, it still seems to blend well with almost every color of the rainbow (except perhaps a bright red).  Its numerous petals open wide and pull back, until the entire bloom is a ball of ruffles.

Need to add a little excitement to your garden (without all the drama)?  Consider Christopher Marlowe - a rose that's perfectly named for a man whose life (and death) was full of intrigue.
Posted by HolleyGarden at 12:31 PM