The Moon and The Stars

I loved visiting my grandparents when I was a child.  My father's parents lived out in the country.  My grandmother cooked the best fried chicken.  My cousin always had a knack for talking her into making hot chocolate for us after dinner, even in the hot summertime.  There was no air conditioning, but hot chocolate, made from whole milk, powdered cocoa and sugar, was such a special treat, we didn't mind drinking a hot beverage on a hot night.


Occasionally, we had homemade ice cream.  It would take hours, and seemingly several men, to churn some secret concoction into creamy ice cream.  You had to eat it in a hurry, or it would melt into a thin, sweet liquid. 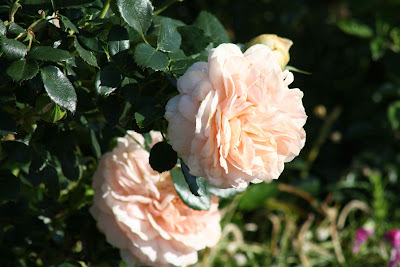 I think my grandparents got only one channel on their television.  It was rarely on.  Usually, the radio played while grandma was cooking or cleaning.  If it wasn't winter, we would congregate on the front porch after dark and look up at the stars.  There wasn't a spot in the sky that didn't have a star in it, either large or small.  I learned to find the Big Dipper, the Little Dipper, the North Star, and many other stars and constellations from my grandfather on that front porch.  It was a magical time. 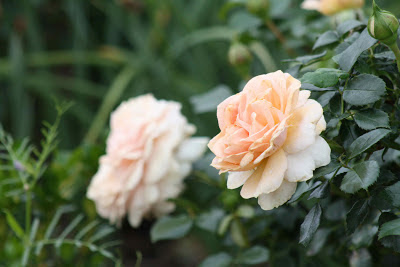 My mother's mother lived in town alone, a widow.  Due to all the lights that stayed on in town, the stars were not as bright at her house as they were out in the country.  We didn't sit out on the porch or eat homemade ice cream at her house.  Instead, we sat at the table and ate homemade cobbler with store bought ice cream.  I was at this grandmother's house when the astronauts first landed on the moon.  She was strict about bed time, but just this once, she allowed us to stay up to watch this momentous occasion on television.  She talked of all the numerous inventions that had been created in just her one lifetime, and wondered what fantastic inventions the future would hold for us. 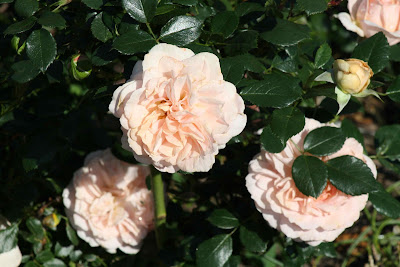 Then we did what we never did at her house.  We went outside that night.  The stars were dim.  But that didn't matter.  It wasn't the stars she wanted to see.  Instead, she pointed to the moon.

"They're up there", she whispered.

And we looked up with marvelous wonder. 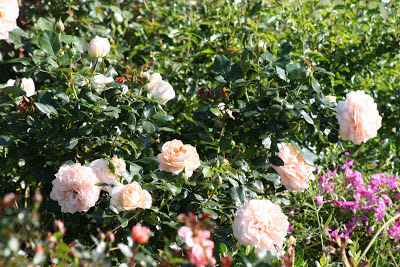 I hope you take at least one night this summer to look up at the stars, and remember the magic of the moon.

The photos are of Cream Veranda.  A small floribunda rose, it grows to about 4 ft wide and high, even though it could be kept at around 2 ft.  It grows in zones 5 though 9, is disease resistant and lightly scented.  It would be perfect as a container plant, growing on a sunny porch.

It's coloring is just a little darker than homemade ice cream.

Posted by HolleyGarden at 9:48 AM