I have been spraying myself down with chemicals every day.  Oh, I wouldn't go without it!

Yes, you are right - I have tried very hard to not use chemicals in my garden.  I admit to the rare use of a chemical fertilizer or herbicide.  But those are rare, not occasional, instances.  And I have been rewarded. 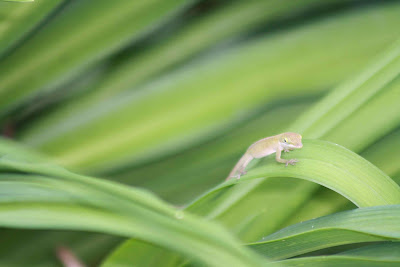 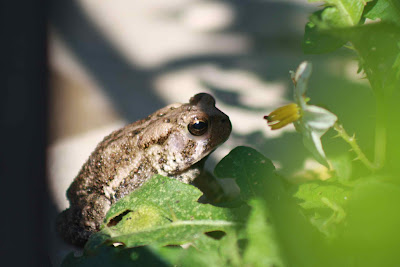 I am especially excited to see the toads in my garden.  I haven't seen toads since I was a child.  When we first moved here, we could hear them down past the big pond, singing and talking every night.  It was as if they were carrying on several conversations, and each toad would talk louder and louder, trying to talk over the other toads' conversation.

But my neighbor sprays his pasture, and the conversations stop.  All goes silent. 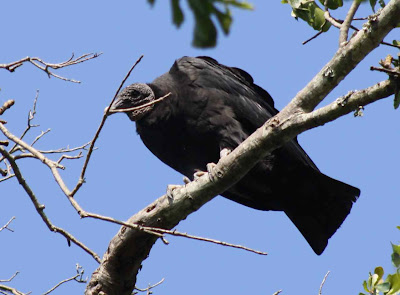 Lately, however, we have been hearing the toads talking again.  My neighbor has moved, and while he still owns the property, he has not been doing any spraying.

I have been thrilled to see toads coming all the way up to the house!  They are such a surprise and a joy to see. 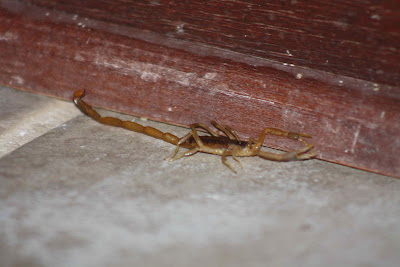 Not every creature is a joy, though.  We have been seeing scorpions - in our house!  I don't know where they are coming from, as I don't see them out in the garden.  But this summer alone, we have killed over 10 scorpions in the house.  Thankfully, we have not been stung.

My husband has asked me if I want him to spray for the scorpions.  But I think of the toads, and I say "not yet". 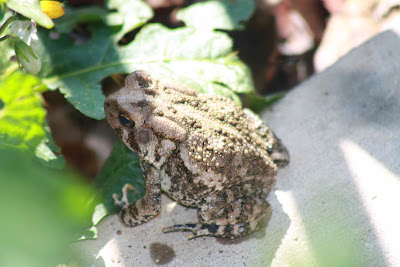 But there is one creature I have begun using chemical warfare against.

That creature is the mosquito.

It started with the six inches of rain we received.  And ever since then, we have been swarmed with mosquitoes.  I have walked around the property, emptying any pan or container that could hold water.  I have drilled holes in the fountain we not longer use (it's broken, but I like it anyway).  Pet bowls get refreshed regularly.  I don't know where these mosquitoes are coming from, but they are relentless.

Since there have been over 4,000 cases of West Nile this year, with 1/3 of those cases from Texas, a mosquito bite has deadly potential.  In fact, we have discussed how odd the mosquito bites are this year.  They make large whelps on our skin with just one bite, and I have wondered if a little bit of the virus is in every mosquito.

So, every day I go out into my mostly organic garden, and spray myself down with deet. 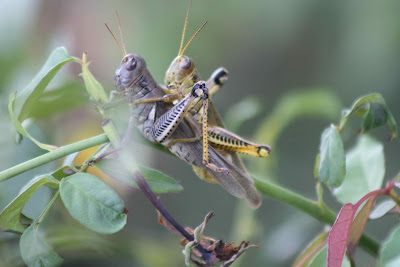 I try to eat organic vegetables.  We eat very little meat.  I try very hard to have a very creature-friendly garden, no matter the creature.  And yet I spray a chemical on myself every day!  It seems a bit bizarre to me.  And yet, oddly, I'm thankful that I can spray myself and go outside.

Scorpions may not make me cross the line into chemical warfare.  But tiny little mosquitoes do!

What about you?  What would you like to eradicate, through any means, from your garden?


Posted by HolleyGarden at 7:46 AM