A Lesson in Cauliflower

Cauliflower.  To me it's almost tasteless.  Bland.  But, I still eat it.  And last fall I decided to grow it.  Little did I know I would learn so much from two little plants.

The first cauliflower started out o.k. 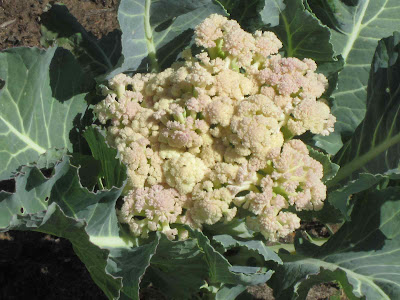 But it started turning pink!  I hurried to research the problem.  Apparently, because the leaves never fully matured, it left the head open to the sun's burning rays.  The sunburned parts turn pink.  The pink is not harmful, although the pink areas are supposedly not as nutritious.  Still, I ate the entire head, pink and all, and it tasted just fine.

The second lesson came from the following: 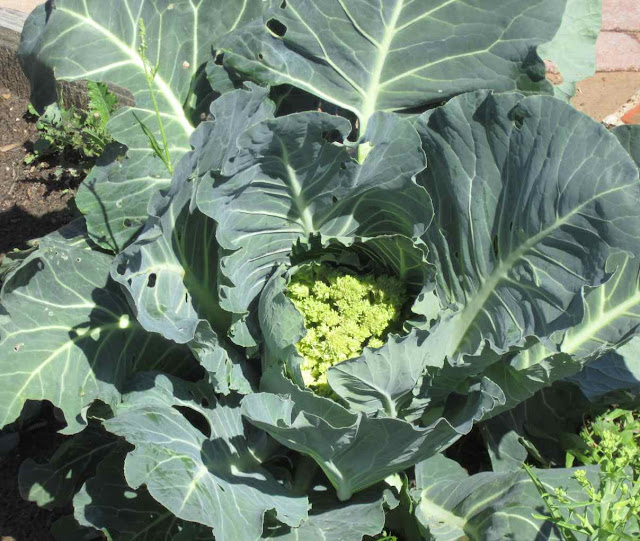 See the green looking cauliflower?  See the odd shape of the head inside?

If I thought a pink cauliflower was bad, I was really concerned about a green one!  A green one that was starting to look like it had a mind of its own, growing in some strange pattern.

You see, I had purchased both of these as plants, not seeds, and I actually didn't remember (and of course, didn't label) what I had planted.  After having a pink cauliflower, I panicked when I saw a green one!  I should have researched it then, but I didn't.  Thinking the green cauliflower head with the strange pattern was defective, or at least starting to bolt, I didn't take any more pictures, but immediately ate the evidence.

It tasted like cauliflower to me.
Of course, later on I researched it.  It's supposed to be green.  With an odd pattern.  That's because it's a Romanesco broccoli, also known as Roman cauliflower.  Seems it can't make up its mind what it wants to be when it grows up. 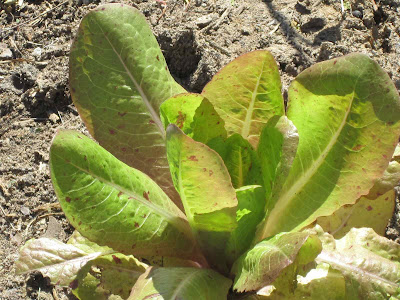 I also harvested just a bit of lettuce.  That is the very last of the plants from my garden planted last fall!

I'm joining Christine and Barbie at The Gardening Blog for Garden Bloggers Harvest Day.
Posted by HolleyGarden at 6:17 AM