Every year I am thrilled to see the dragonflies at the goldfish pond.  This year is no exception.  And although I love seeing these creatures, I really didn't know much about them.  But just a little research about this fascinating flyer has given me a lot more respect for this beautiful beast. 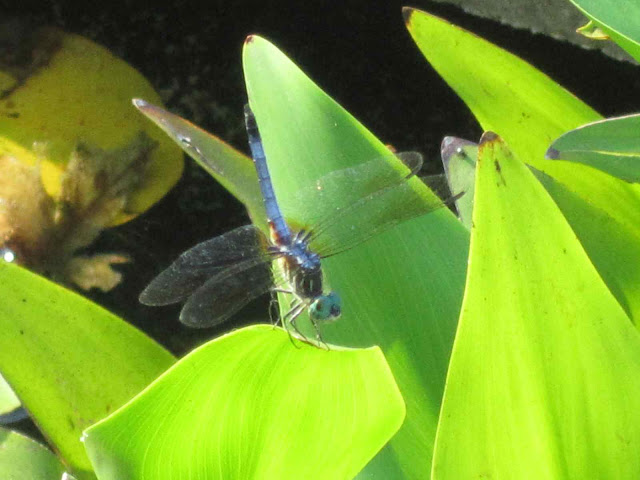 Each eye sees at a 360 degree span.  My mother always said she had eyes in the back of her head.  The dragonfly actually does!  Its wings can operate independently, so the dragonfly can fly up, down, left, right, forward and even backwards.  Not many things can fly backwards, but the dragonfly can! 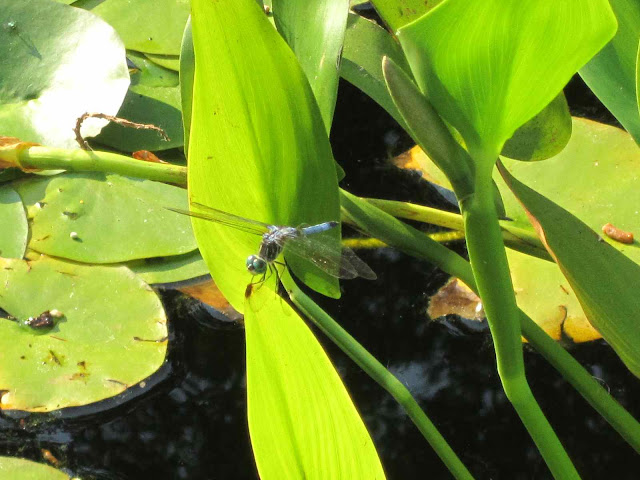 It moves its tail up or down, depending on whether it wants to warm up or cool down.  It can tell exactly where the sun's rays will hit, and positions its tail accordingly. 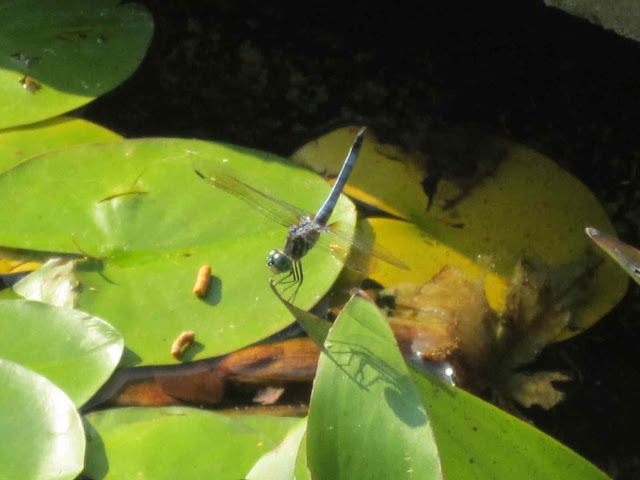 There are about 450 species of dragonflies in the United States.  Their legs form a basket to catch prey.  They will eat mosquitos, flies, gnats, mayflies, ants, termites, and sometimes butterflies or bees.  Most beekeepers don't appreciate the dragonfly being near, as it can eat enough equal to its own weight in about 30 minutes. 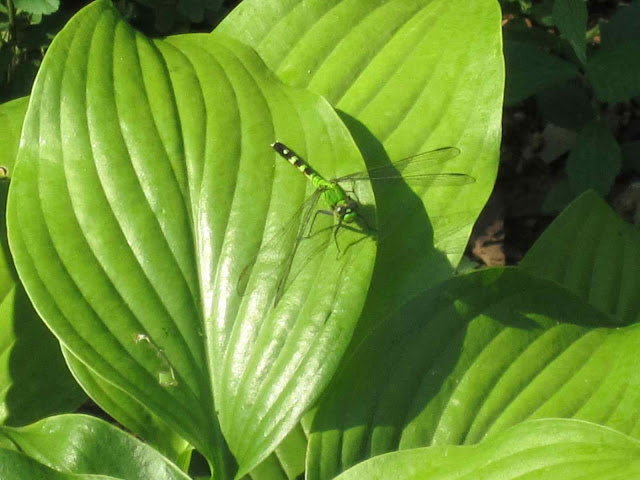 Dragonflies don't have stingers.  Their long abdomens are for mating and egg laying only.  They can, however, bite, and may try to bite you if you hold them down.  Most, however, could not break the skin, and they are not poisonous.  They don't actually have teeth, but strong jaws that chew their food, even though they belong to the Odonata class, which means tooth. 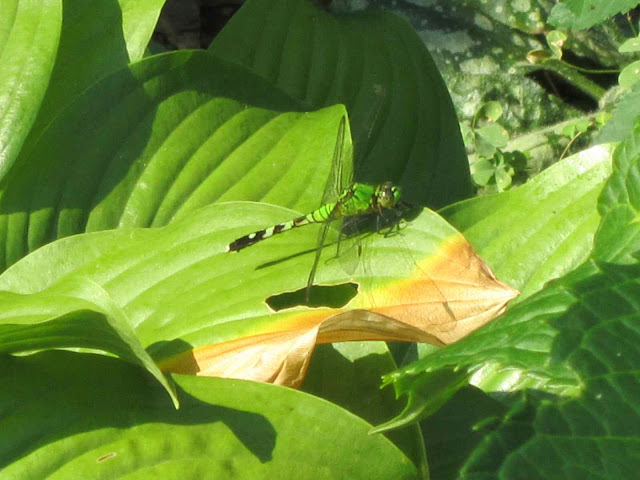 They like clean water, and are valued for their ability to find pure water.  After mating (see picture below), the female will lay the eggs in water.  The eggs hatch and the dragonfly first emerges as a nymph.  Unlike the butterfly, the dragonfly does not go through a pupal stage.  When the nymph is ready (this may take a year or more), it crawls above the water and hangs around the bank, waiting for its wings to dry, which takes several hours.  At this stage, called a teneral, it is very vulnerable. 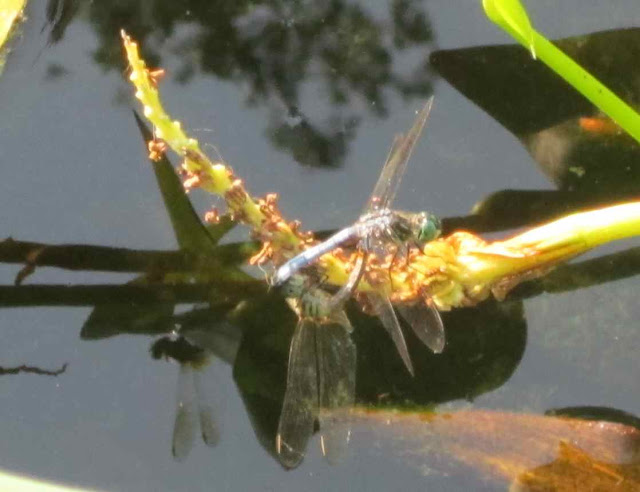 Predators of dragonflies include birds, lizards, frogs, and fish.  It lives as a dragonfly from a few weeks to a few months.  A lot depends upon the weather, as they are very vulnerable to winds, rain, and cold.
I haven't been especially enjoying our hot, dry weather, but my friends the dragonflies are, and that makes me happy.
Posted by HolleyGarden at 6:17 AM

Email ThisBlogThis!Share to TwitterShare to FacebookShare to Pinterest
Labels: Fish Pond, This and That