Tracery.  A word that is not in my every day language.  But it was the word chosen for Word 4 Wednesday.  Have you heard of Donna's meme?  Every month, Donna of Garden Walk Garden Talk picks a word randomly, and bloggers write a post using that word.  Today the word is tracery.

Tracery?  Hmmm.....  Sometimes her words are quite challenging.

Tracery's an architectural word, the definition being:


Well, I don't have any gothic windows in my garden.  But I did see this the other day which reminded me of stained glass: 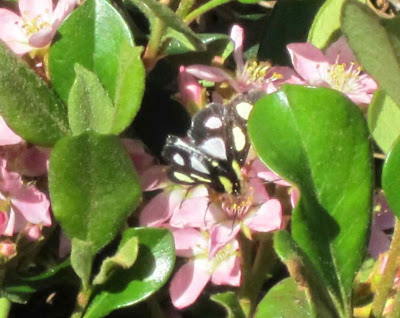 Before I had a chance to look up what I thought was a butterfly, Cynthia of On a Hays County Hill identified it as an Eight-spotter Forester moth (Alypia octomaculata).   A moth!  Not a butterfly.  A moth that is frequently seen during the day.

Like this Hummingbird Clearwing moth (Hemaris thysbe), that is also often seen during the day: 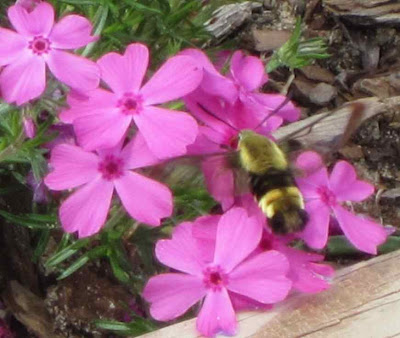 What does this have to do with tracery?

Well, as I was noticing the Eight-spotted Forester's wings, and the beautiful (although hard to see) pattern on the clearwing hummingbird moth, I realized there was tracery everywhere in the garden. 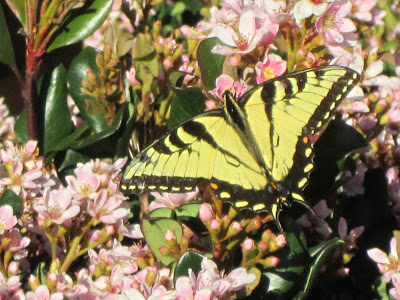 In the smallest of blooms: 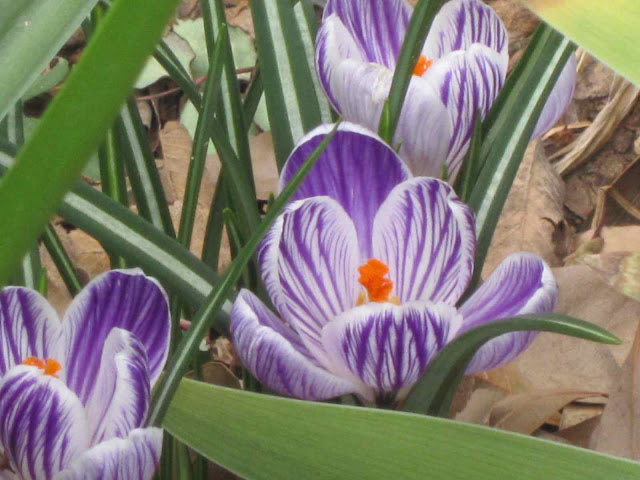 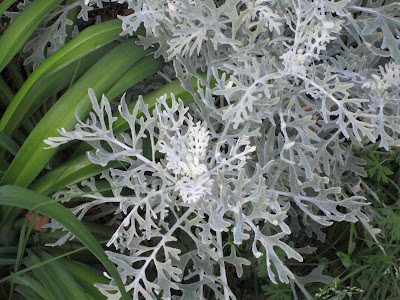 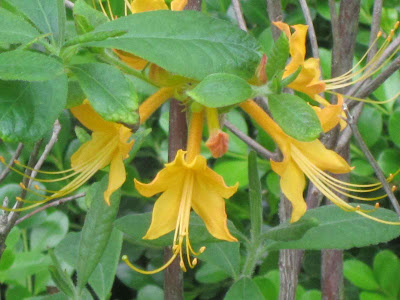 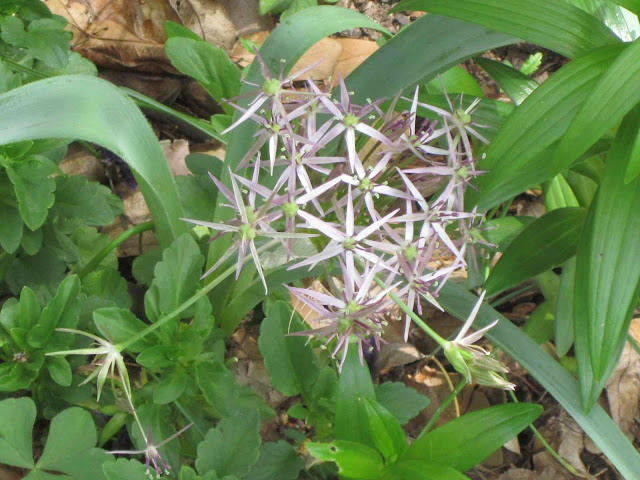 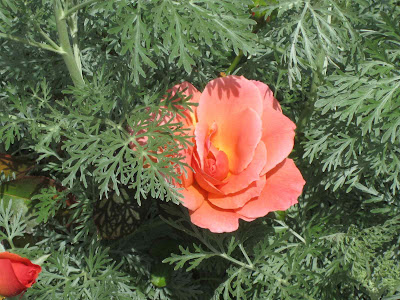 I couldn't stop seeing it, once I had started!
Man-made tracery may be pretty. 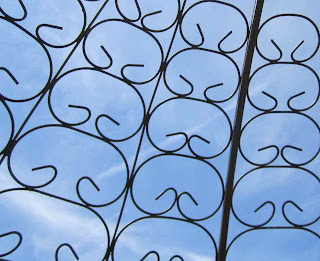 But nothing compares to the intricate patterns and beauty of nature.
I guess that's why God is often called the Great Architect.
Look for tracery in your garden.  I guarantee you'll see it.
Thanks, Donna, for another word that opened my eyes to seeing the garden in a different perspective.
Posted by HolleyGarden at 6:20 AM