Every time I saw a picture of a rose covered arbor, I would stop.  I would stare.  I would dream.

Still, I was determined to have at least one rose covered arbor.  Somewhere!  Surely I could figure out where to put just one!  So, I began to plan.

And a couple of years ago, I received an arbor as a present.  (Thanks, honey!)  My plans were big.  Make that, my plans were BIG!  Too big.  Way too big.  Too labor intensive.  And too expensive. 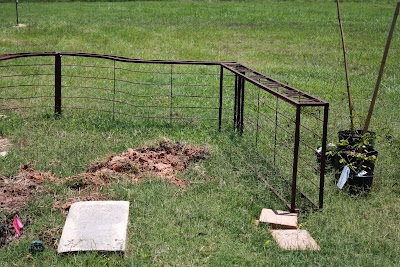 So, the arbor lay in pieces in the grass.  Just a pile of rusting metal.  Not at all the beauty I had envisioned.

I needed a new plan.  After all, I already had the arbor!


And this week it happened.  Ta-dah!  The arbor has been set up.  At last! 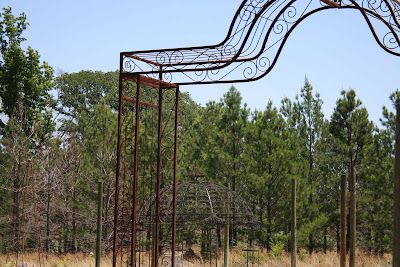 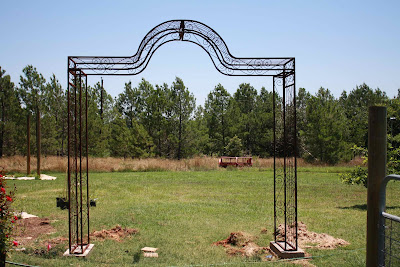 Yes, I'm still dreaming, but at least one part of the sequence has been achieved.

(And if you're wondering, no, the catenary bed is still not finished!  Yes, I'm slow.  I'm a dreamer!)

Posted by HolleyGarden at 6:00 AM