My mother does not have a green thumb.  She will agree with that statement.  She's been able to grow aloe for years, throwing some water on it when she thinks about it (not often).  But other than that, she really doesn't have much interest in plants.

She has said several times she doesn't understand why I like to garden.  She is perplexed as to how I've learned the things I have (books, mostly), and why I enjoy all the huffing, puffing, sweating, and scratches that go along with gardening.

Still, even though she doesn't understand my obsession, I think she's a little proud of me.  (Of course, she is my mom!)

Even so, I was surprised when last fall she bought me a plant.  A plant!  She had been to a new plant nursery! 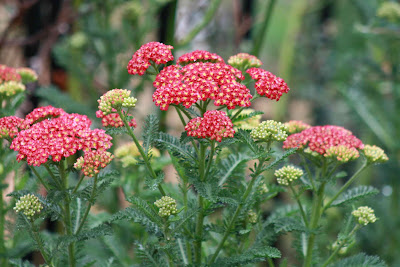 I have no idea why she stopped at the plant nursery.  I don't ask these things.  I just took the plant, hesitantly thanked her, and stuck it in my garden.  Why was the thanks given hesitantly?  I didn't know if it would live or die.  Remember, last year was the year of our long drought.  And I hadn't bought any new plants, because I didn't think they would make it.

But I wanted you (and her) to know that this plant did make it.  And it's now blooming.  It's beautiful!!! 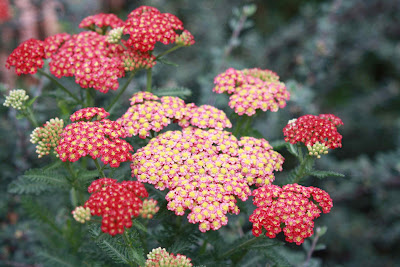 Strawberry Seduction grows to around 2-1/2 ft tall and wide in zones 3 through 8.  Heat and drought tolerant, thank goodness!
Posted by HolleyGarden at 11:39 AM