It's vacation picture time again!  Last year I traveled to New Mexico.  This year I went a little farther north - all the way to Colorado.  And instead of flying, I drove.  When I returned, I realized it had all the elements of traditional Feng Shui:


Metal:
These giant wind turbines were standing tall and proud in the panhandle of Texas.  They are an impressive sight to see. 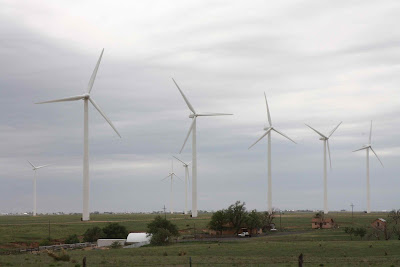 According to Wikipedia, in the U.S., Texas leads in megawatt capacity (over 10,000 MWs!), followed by Iowa and then California.  Of course, nothing is without controversy, and some are concerned about birds, noise, and warming of the soil.

Earth:
Federal Helium Reserve near Amarillo, Texas.  There are signs stating that trespassers will be prosecuted, so I decided not to pull out my camera!  The Federal Helium Reserve has been making big news lately.  You see, helium is not only used for balloons, but also by NASA and in MRI machines.  In 1996, Congress passed a bill stating that all the helium out of this reserve should be sold by 2015.  After that, we may have to get most of our helium from overseas.  You can read more about it HERE. 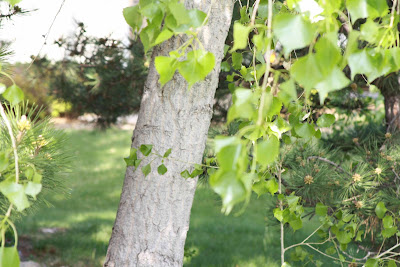 The aspen trees in Colorado are splendid.  The white bark is gorgeous.  And the aspen is a wonder of nature.  The trees form from root sprouts, and are connected underground by a root system.  There is a grove of aspens in Utah that are all connected, forming the largest organism in the world.


Water:
It rained, sleeted, and snowed on our trip.  We experienced temperatures from the low 30's to the high 90's.  The cold was a surprise.  I had to stop and purchase a hoodie!

Fire:
Capulin volcano in New Mexico.  What a thrill it was to finally go to the top of this volcano!  I have passed by this national monument several times in past years, and this time I was determined to stop.  Unfortunately, the rain, sleet, and snow mentioned above was coming down when it was time to see this magnificent cinder cone.  Thank goodness for my hoodie!  Although I didn't take my camera, I did hike down to the center of the volcano, and the plant life was beautiful and amazing.  Click HERE for more information on this natural wonder, and HERE for a list of exotic plants on the mountain.  It's on my "want-to-go-again" wish list (when the weather is better).

So, that was my Feng Shui vacation.  Did I bring home any souvenirs?  Of course! 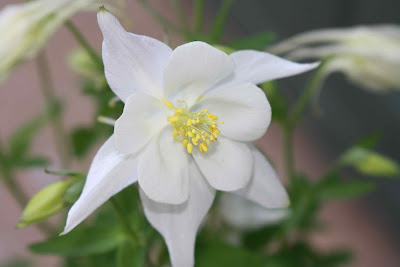 A pure white columbine called my name outside of a shopping center, and of course, I grabbed it as my souvenir.  (The state flower of Colorado is the Rocky Mountain Columbine, which is lavender and white.)  Plant shopping knows no bounds!
Posted by HolleyGarden at 6:27 AM