A Fascination with Flyers

A lot of gardeners begin a fascination with flyers when they begin to notice the birds in their garden, or start feeding the hummingbirds.  Then they move on to bees, butterflies, and dragonflies.  This is usually a sign that your garden is full of life.  Most of the time, it's a sign that you garden organically and with a variety of plants.
No matter which winged creature captures your imagination, flyers are fascinating.  In fact, I find myself looking closely at all the tiny bugs in my garden.  It varies for me which flyer captivates my attention from week to week.  Right now, butterflies seem to make my heart skip a beat.  I figure, when your garden has butterflies, you know you're doing something right!  Now, as I'm taking pictures of my plants, I also am on the lookout for butterflies.  Here are a few I saw this past week: 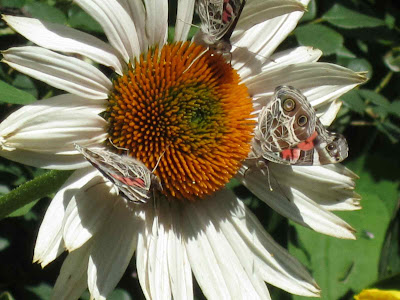 American Painted Ladies.
It looks like they love this echinacea! 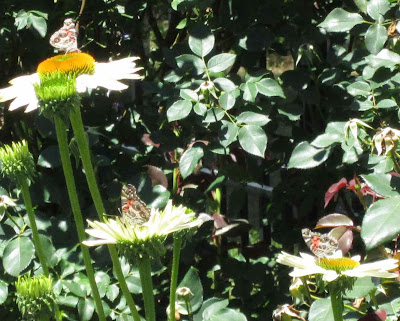 But they'd rather not share.  Good thing I have just enough blooms to satisfy them!  I've given information about them on an earlier post, so we'll move along. 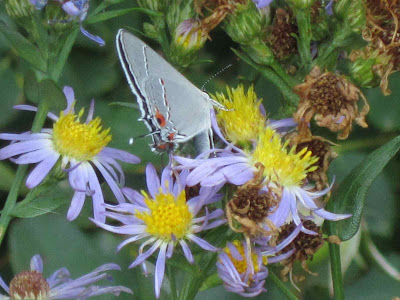 Mexican Grey Hairstreak
Costa Rica to Texas.  Host plant unknown, thought to be crotons.  Interesting that they are so widespread, but the host plant is still unknown! 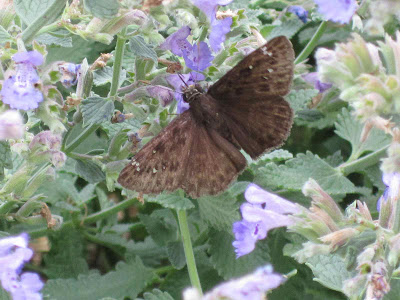 Common Scootywing
Throughout most North America, except for Florida.  Makes you wonder what they have against Florida!  Host plants include Amaranthus, malva rotundifolia and chenopodium album.  That last plant is commonly known as pigweed.  We have lots of weeds, so I'm sure there's some pigweed around here! 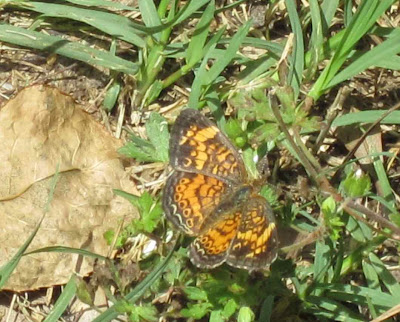 Pearly Crescentspot
Newfoundland to S. Mexico.  Eggs laid on asters.  Adults take nectar from asters, fleabane, and thistles.  I have planted a lot of asters in my garden.  Nice to know they're appreciated. 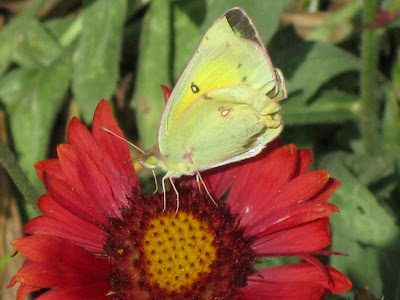 Orange Sulphur
North America.  Legumes, alfalfa, and white clover.  Also known as the "Alfalfa butterfly".  Well, I don't grow alfalfa, but there's fields of it a few miles north of us.  If he would have opened his wings for you, you could have seen why they call this an orange sulphur. 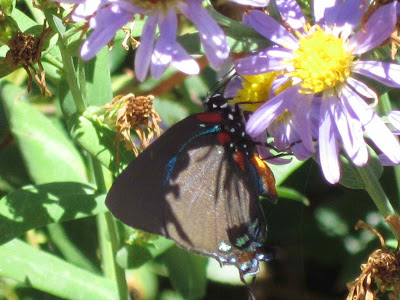 I often wonder if the people that named things long ago were colorblind!  All throughout the US, predominately in the South.  Eggs laid on mistletoe.  Unfortunately, we have lots of mistletoe. 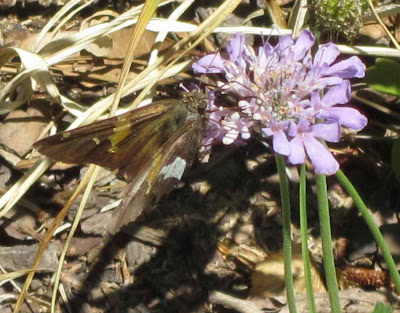 Arizona, New Mexico, all of Southeast, north to New York.  Hollyhocks, bramble blossoms, ironweed and buttonbush.  Not a great picture, but he was a bit camera-shy. 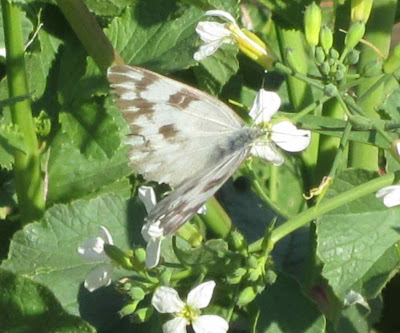 All of United States, lower parts of Canada and northern Mexico.  Host plant includes many kinds of cruciferous vegetables.  Now I know who's been nibbling on my cabbage! 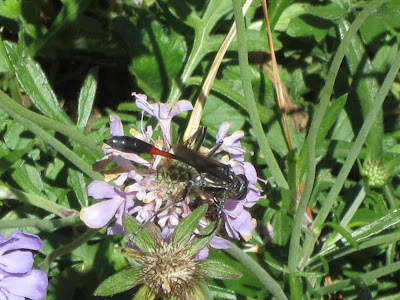 Sorry, fella, you're colorful, but this post is for butterflies only!


Which flyers are you interested in this week?
Posted by HolleyGarden at 6:46 AM