Dance of the Sugarplum Fairies

There's been an update on my visions of sugarplums.  I'm still optimistic, but the sugarplum fairies are not just dancing around in my head - they're dancing around on the ground, too!

For some reason (which was explained to me, but so technical I blocked it out), the well had to be moved.

So, we are now drilling in the back.  This is directly below the walking garden, adjacent to the main rose bed: 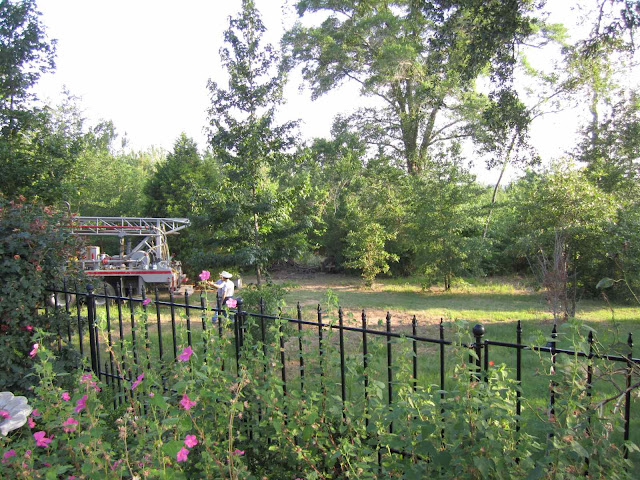 Do you see that large area below the fence?  For several years, I have had plans for it to be a maze.  Wouldn't that be grand?  I've never actually done anything on this plan.  I haven't even measured the area.  It may not be quite big enough for a maze, so perhaps a knot garden will be the final plan.  Except a maze sounds like so much fun to me!  And even though work on the maze may not begin for many more years, I still consider it my 'maze area'.

But now it will have a well pump in the middle. 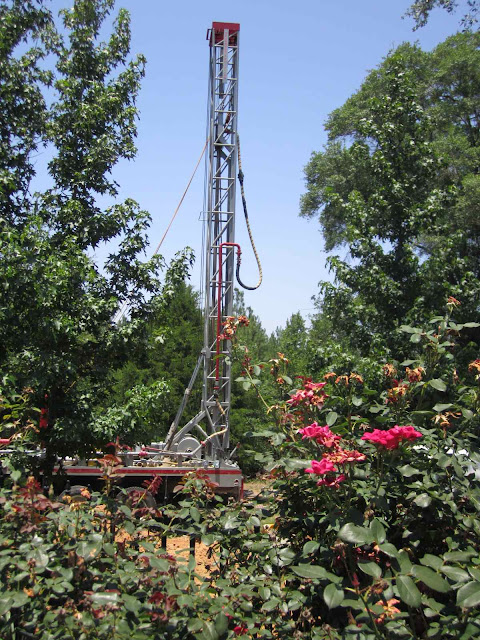 Well, well, well.  Hmmm.... no problem!  I'm flexible!  In fact, I'm already coming up with solutions.  A maze situated around a pump house that's tall like a clock tower, perhaps?  Or a maze surrounding a pump house with stairs on the outside to a roof top look out?

Or perhaps you can come up with a suggestion for me!  Of course, I'm not sure when I'll get around to deciding, or when these plans will actually come to fruition.

But for now the sugarplum fairies are dancing in the middle of my maze!
Posted by HolleyGarden at 12:32 PM

Email ThisBlogThis!Share to TwitterShare to FacebookShare to Pinterest
Labels: This and That, Weather related