I have had a number of Green Lynx spiders in my garden this year.  They seem to drape themselves across a bloom, daring me to move them.  I don't.  Their long, hairy arms are enough to scare me away.

These are indiscriminate predators, preying on bees, butterflies, and other pollinators.  But they will also eat stinkbugs, wasps, and other insects we find harmful.  So I'll keep them.

They get their name by the way they pounce on their prey, like a cat.  They don't build webs, but do weave egg sacs, and guards the sac aggressively.  They live for about one year.  This Green Lynx spider is munching on a snack! 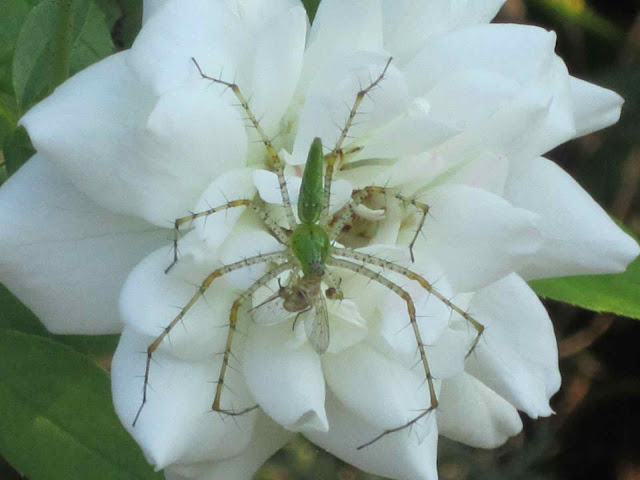 Here's another predator munching on a meal (before he becomes a meal himself)!  There are over 120,000 species of flies, so I'm not sure what kind of fly this is, but I believe it is some kind of Robber fly.
What makes a fly different than other insects are the number of wings on their back.  Flies have two, other insects have four.
Flies really don't really munch on their prey.  They inject a digestive juice into their poor victims and the juices dissolve the tissue, then the fly sucks up the liquid.  A fly smoothie! 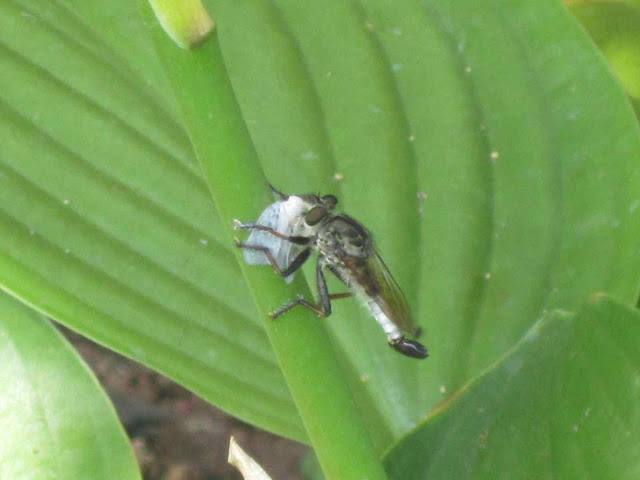 The opossum is North America's only marsupial mammal.  This means the female has a pouch.
The female is only pregnant for 13 days before giving birth.  The babies are only as big as a honeybee!  They will cling to the mother, and even after leaving the pouch, will ride on their mother's back.  When they fall off, they are instantly weaned and expected to forage for themselves.  If they're lucky, they may find a bowl of dog food!
Opossums have opposable thumbs.  Look closely at the picture and you can see them. 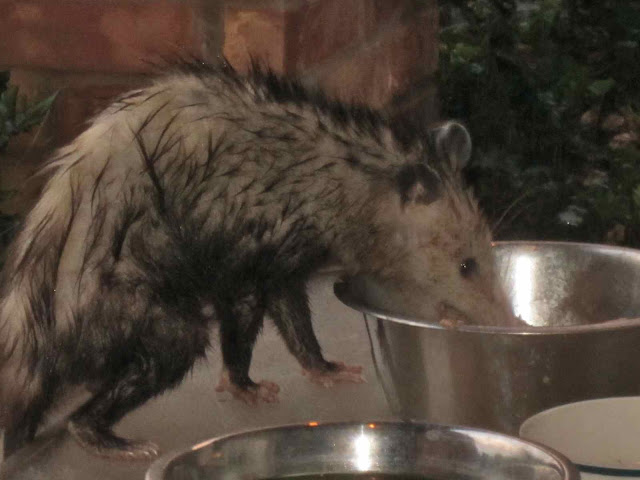 Raccoons in the wild live to around 5 years of age.  Their five toes on both the front and back feet are the reason they can get into almost anything!
They will eat just about anything, too.  From frogs, fish, eggs, mice, insects, fruit or vegetables, they are not choosy.  I caught this one with his hand in the cookie jar, so to speak.
Raccoons are smart and adaptable.  Be careful around raccoons - they can swim, climb and bite! 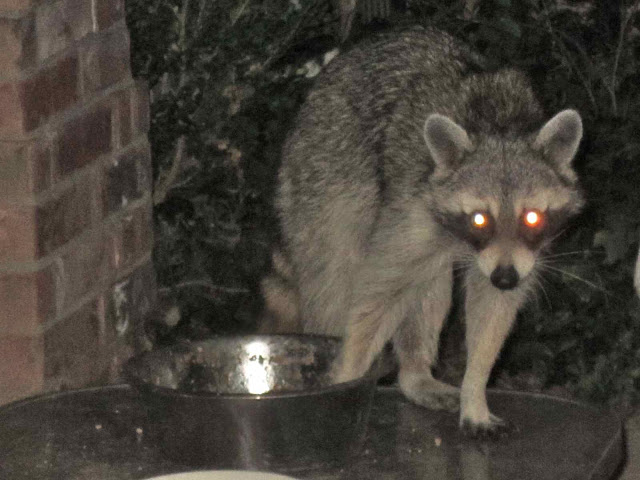 It's a dog-eat-dog world out there!  Sometimes, though, it's a non-dog eat dog-food world!

Posted by HolleyGarden at 7:40 AM