Come and listen to a story about a man named Jed,
Poor mountaineer barely kept his family fed.

Oh, wait!  That's not the right story.  But, I am going to tell you a story today.  A story about a man named Francis Meilland.  Francis came from a long line of rose breeders.  His grandfather was Francis Dubreuil.  Around 1935, Francis Meilland cross-pollinated some roses, which resulted in a new rose that was absolutely beautiful. 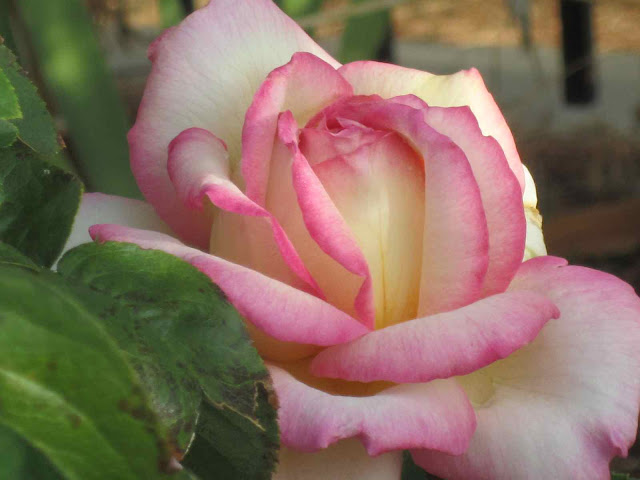 Of course, he named this rose after his mother, Mme Meilland.  But, as you know, life sometimes gets in the way of plans.  World War II's ugly face began to show itself, devouring country by country.  Right before the German occupation of France, a piece of this rose was shipped off to the U.S., where it continued to be propagated. 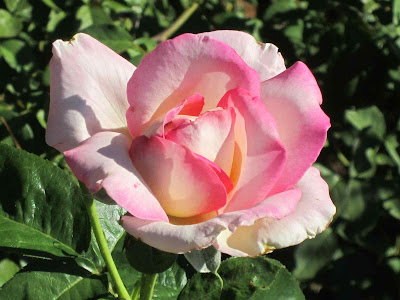 And on the very same day that Berlin fell in April, 1945, this rose was introduced to the American public.  We know this rose as 'Peace'. 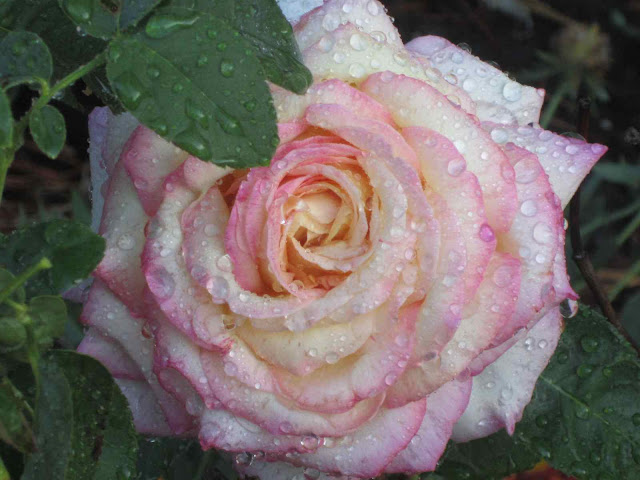 This rose goes by different names in different countries.  But it will forever be linked to war, and peace. 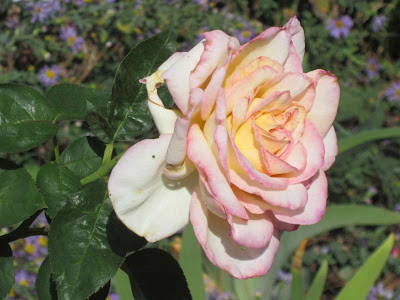 'Peace' is one of the best selling roses of all time.  Every time I see a bloom from this rose, I fall in love all over again.  When I was quite young, I took a tour of a rose garden.  I can remember thinking that Peace was the most beautiful rose in the garden.  And now I have it in my own garden.  Thanks to a rose breeder, some unusual circumstances, and a strong desire to save his creation. 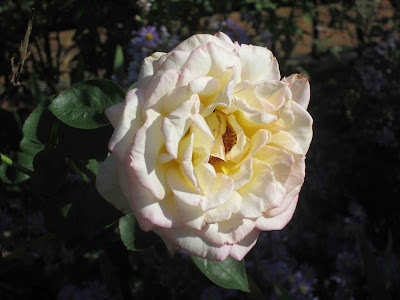 I love its beautiful blooms.  But I also love its history.  May you, too, have Peace in your garden.
Posted by HolleyGarden at 6:52 AM

Email ThisBlogThis!Share to TwitterShare to FacebookShare to Pinterest
Labels: Roses