I Take It Back!

Can you believe it?  For years, I bad-mouthed this rose.  I told everyone I could how disappointed I was with it.  How little the blooms were.  How little it bloomed.  How frustrating it was for me.  Tiny little blooms on tall canes. The scale was just - wrong. 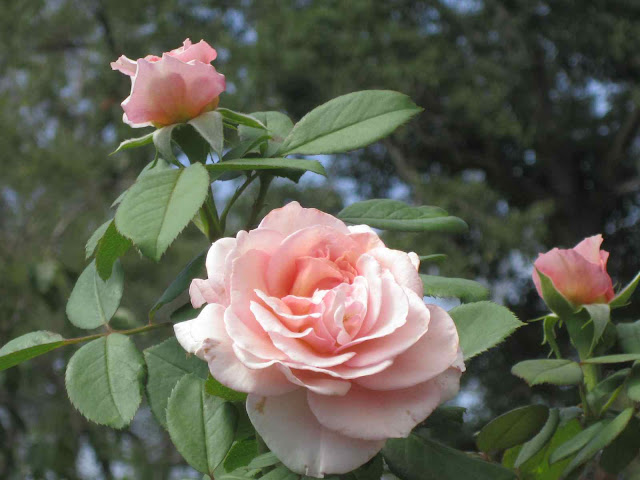 And then, something happened.  It started last year.  I noticed its blooms were a bit bigger.  It was blooming a bit more, if not more frequently.  I started to accept it, even if we weren't quite friends. 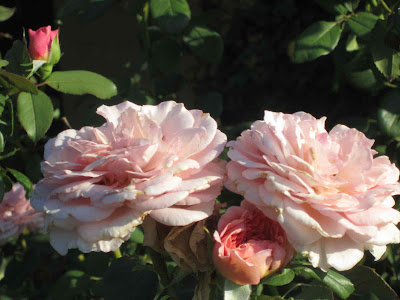 But this year, everything has changed.  It has finally won me over.  I am infatuated, if not fully in love yet.  This year, its blooms are large.  They don't look miniature anymore.  They are big enough to hold their own on a tall bush.  They are - dare I say it? - fabulous! 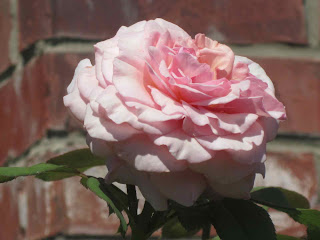 This is 'James Galway'.  And he and I are finally friends. 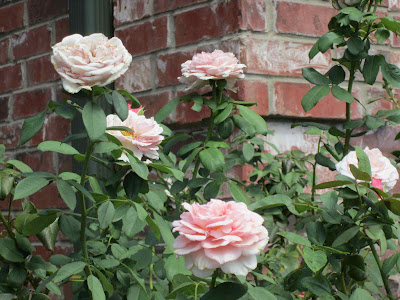 I purchased James Galway many years ago.  He was the first rose to introduce me to the bigger world of roses, outside of Flower Carpet roses and Knock Outs.  I was now ready to learn, and I wanted a rose from that David Austin guy I had read about in magazines.  That was the extent of my knowledge of roses, and of David Austin.  But I was determined to get one of 'those' roses.  If you don't know David Austin, he is big with a capital B in rose circles.  But this post is not about him, it's about James. 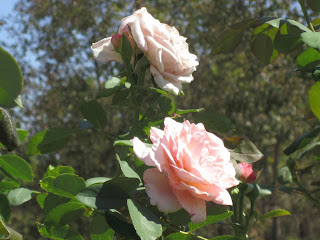 I chose James Galway because of the name.  James Galway was a famous flautist.  And since I had played the flute in high school and some in college, this was the rose for me!  Plus, just in case I needed a reason to seal the deal, he is nearly thornless!  So, it seemed like a simple decision.  I was assured that James Galway could be either a bush or a climber, and I stated "I want the bush kind." There is no "bush kind" of James Galway.  James Galway is a climber.  Period.  You can prune him into a bush shape, but he will still try to become a climber.  I didn't know that.  I planted him - somewhere - I can't remember exactly.  Because I've moved him at least three times, possibly four since I purchased him.  Not really recommended.  I've even tried to train him around a pillar, but his canes are strong and stiff. 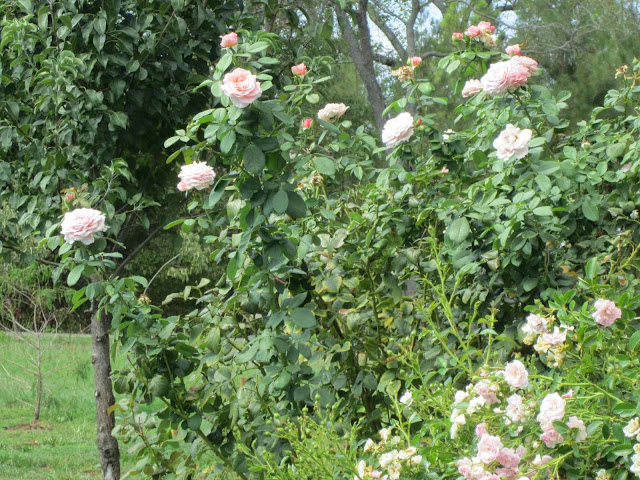 Perhaps that's why he's taken so long to settle into his home (about 5 years in that spot).  And although I've threatened to move him again (!), I will probably just let him stay where he is now.  Even though where he is now means I have to fight his nature of trying to become a climber and prune him heavily each spring and fall.  One year I didn't prune him heavily enough and he grew so large he was flopping over, slapping everyone in the face.  That didn't make for such a nice welcome! 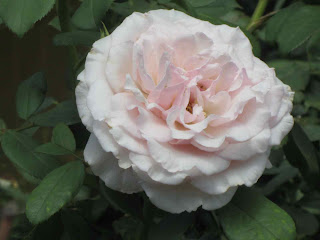 So, poor James has had a hard life.  He has been moved by an indecisive gardener.  He has been pruned against his nature.  And he has been bad-mouthed by his mama.  But in the end, he has flourished. 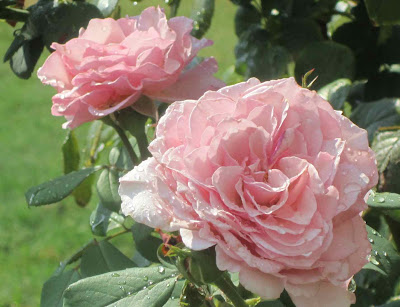 I'm certain there's some lesson to be learned.  Be patient.  Roses take time to settle in (three to five years is the usual time stated).  Be sure you know if your rose is a bush or a climber.  Don't be so indecisive and quit moving roses around (haven't learned that one yet).  I'm not going to worry about the lesson.  I'm just going to enjoy the rose.  Although if you choose to get a James Galway rose, I would recommend a place in the back of the garden, where he can stretch out tall and wide.  And then be patient.  It will be worth the wait.
Have you ever bad-mouthed a plant, then had to take it back?
Posted by HolleyGarden at 7:42 AM

Email ThisBlogThis!Share to TwitterShare to FacebookShare to Pinterest
Labels: Roses