Luck of the Draw

Sometimes, you just get lucky.  One of my favorite Christmas memories was the time I won the lottery.  Well, not really.  But, kind of.  In a way.  A small way.

It was the year the Cabbage Patch dolls were so popular.  Remember them?  People were paying big bucks to acquire one.  People were fighting over the few shipped to the retail stores.  And every little girl wanted one.  Including my oldest daughter, who was around 5 at the time. 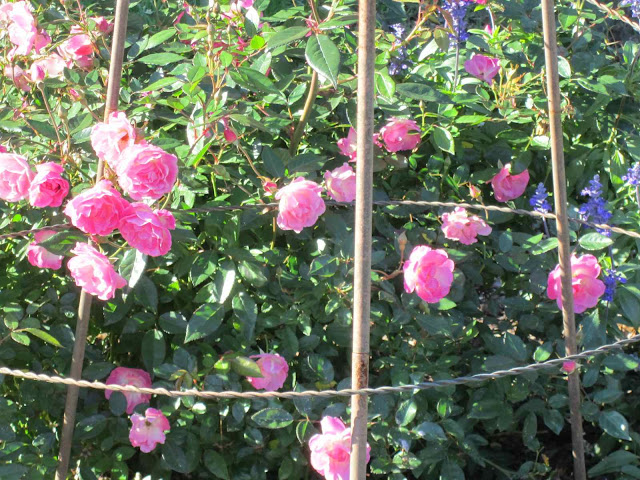 I had given up getting a Cabbage Patch doll for her.  I wasn't even trying.  But, luck was on my side.

My mother and I were out shopping a couple of Saturdays before Christmas, when we walked into the local five and dime.  We were looking for some simple little item.  But when we walked in, we saw stacks of Cabbage Patch dolls!


My mother asked if they were for sale, and yes, they were, but there was a catch.  The store was having a drawing for the chance to buy one.  One lucky winner would be drawn every hour, on the hour.  Must be present to win.  The next drawing was to be held in just a few minutes. 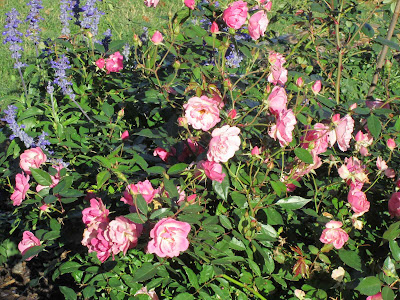 We gathered around, along with the other 30 or 40 people that had signed up and stayed in the hopes of winning an opportunity of purchasing the most coveted gift that Christmas.  Of having some little girl's dreams come true. 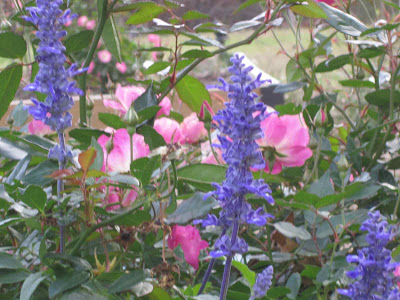 I looked down.  I had number 52.  So close.  But, of course, close only counts in horseshoes and hand grenades.  "That's me!  That's me!" I heard someone say.  That someone was my mother!

My mother gave the Cabbage Patch doll to me so I could give it to my oldest daughter that year.   I guess, like in horseshoes, I was close enough!  I don't know if my daughter remembers getting that doll on that Christmas so long ago.  But I remember. 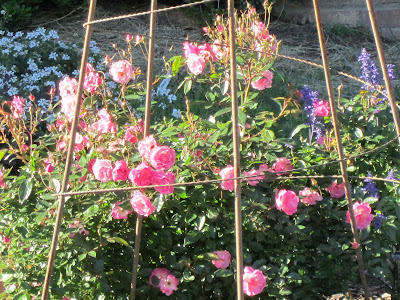 I feel just as lucky to have 'La Marne' in my garden.  I added this rose to my garden this past year, not really knowing much about it.  I won the rose lottery on this one.  A rose that blooms continually, and not just a bloom here and there, but all over.  I've never seen a rose this young bloom as much.

La Marne made it through this year's drought, and did it cheerfully.  Although, with our scorching summer temperatures, it did appreciate a bit of shade in the afternoon.  I actually have two in matching raised beds, and the one rose that received sun all day with no relief suffered much more in this drought. But, as you can see in the picture below, they are both blooming profusely now. 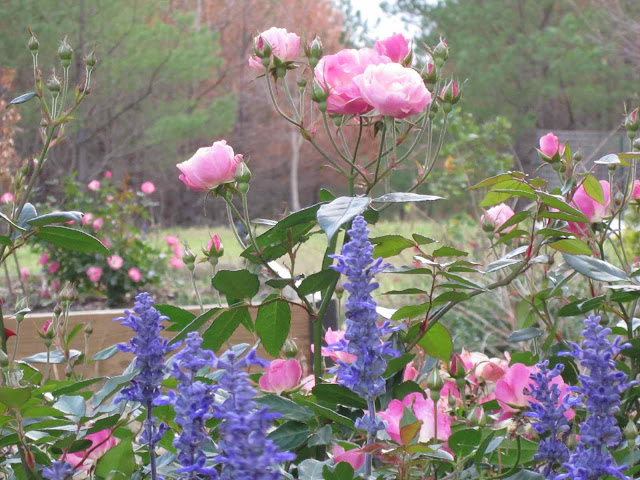 La Marne can get up to 6 ft tall, grows in zones 6 to 9 (possibly 5), is blackspot and rust resistant, and is designated an Earthkind rose.  I've read it makes a beautiful hedge, and I can imagine that it does.  It's almost thornless, and can be kept at around 3 ft, so it would be a good rose by the front door, too.  Unfortunately, there is little to no fragrance.

This is one rose I would recommend, if you're not concerned about fragrance.  I bet your La Marne will last a lot longer than the Cabbage Patch craze!
Posted by HolleyGarden at 11:40 AM

Email ThisBlogThis!Share to TwitterShare to FacebookShare to Pinterest
Labels: Roses, This and That