Every year during weeding time I recall the memory of my first attempt to grow flowers.

I was living in a tiny place barely big enough for a small goldfish and me.  And I knew nothing about gardening.  Absolutely nothing.  But this place had a small patch of land between the house and the walk to the front door.  Just about 1 ft. wide, and about 4 ft. long. 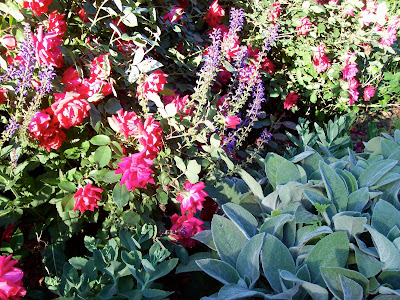 It was spring and I thought it would be cheery to have some flowers instead of a barren patch of land.  But I didn't want to spend a lot of money.  I was renting.  I was poor.  And cheap.  And I wouldn't have known where to buy a flower for planting anyway.

Flowers were certain to be in my future. 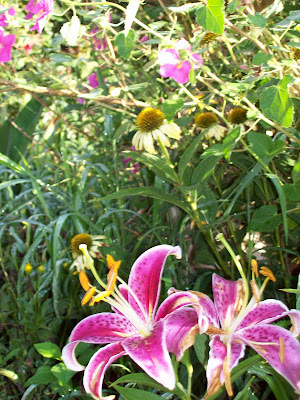 Except, I was dating some dud (no, that's not a typo for dude).  And one day he noticed that there were a lot of little sprouts coming up in my flower garden.  He said "You'd better get all those weeds out of there."

OH!!!!  I hadn't thought about weeds!  Weeds!  What a horrible word!  The thought of those weeds smothering out my precious flowers was disturbing to me.  So, the next Saturday I spent all day weeding each and every weed out of that patch of ground.

And I waited for my flowers to come up. 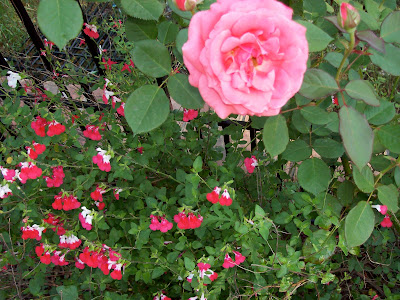 I was so ignorant about all things gardening that I didn't even realize that those little weeds I had pulled up were actually my flowers.  I wondered for months where my flowers were and why they didn't come up.  Not a one!  Very disappointed, I supposed perhaps the seeds were old.  Only until years later, when I had my next garden, did I realize what I had done. 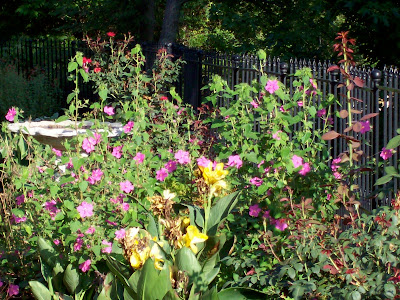 If I were a new gardener, I would tell myself to plant shrubs.  And if I were renting and didn't want to leave the plants, I would advise container gardening.  And if I could only afford a few packs of seeds, I would say - weed first, plant your seeds, then don't weed anymore!!!!

What was your first big mistake?  And what advice would you give to new gardeners?
Posted by HolleyGarden at 5:02 PM

Email ThisBlogThis!Share to TwitterShare to FacebookShare to Pinterest
Labels: For New Gardeners