Ah, the weekend!  "I think I'll go to the garden center.  What about you?", I innocently asked.  The answer was surprising:  "Today I'm going to slay the dragon."

My knight!  He does everything in his power to please me.  And now he's going to take on the formidable task of slaying the dragon.  That term has been tossed about the last few weeks.  I have come to know its meaning.  Slaying the dragon equals moving the gazebo.

The gazebo had been placed in the main rose bed.  It was pretty, but not very functional.  It fit the space, but still left something to be desired.  It would be better in another spot.  The decision was made.  It needed to go somewhere else.  But it was not going to be an easy task, and it had been put off for some time due to its size and weight.

Putting it together had not been easy.  It had been almost too much for the two of us.  That's why the thought of moving it to another location held the same fear, dread, and possible loss of limb or life as in stories of old when conquerers rode into battle, princes rescued princesses, and men ventured into the unknown to face mysterious monsters.

Instead of swords, ladders were involved.  So were ropes.  Part of this was planned.  The rest was improvised. 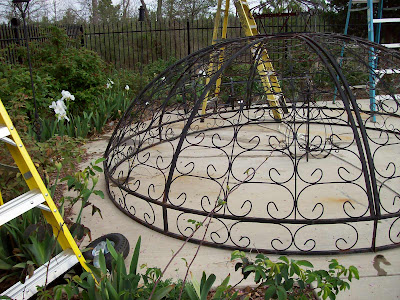 It helps if your knight has a tractor (shining armour optional). 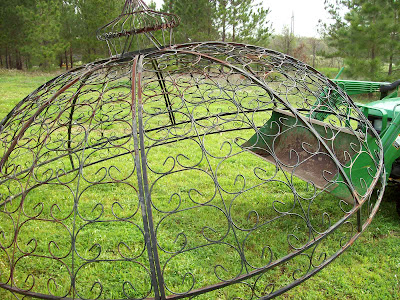 There were three spaces considered for its home.   The final decision on its new placement was made solely due to the fact that this was the easiest of the three locations to put the gazebo back together! 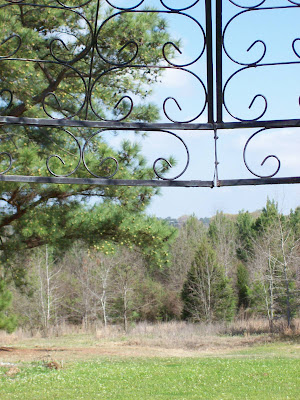 You will not be able to see the gazebo until you round a corner.  And I like the fact that it has one of the longest views of the property.  Wouldn't an allee look great here?  Well, that's another dream for another year.

This year there will be a lot of work done to incorporate the gazebo into the garden.  I can already imagine it with a walk approaching, a place for seating, and romantic plantings climbing up and draping over the top. 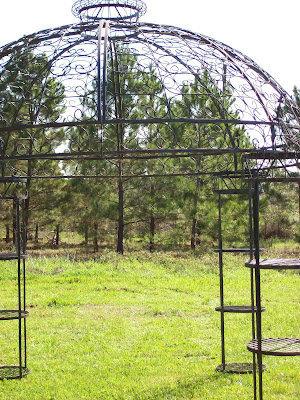 Surprisingly, it only took a few hours to slay the dragon.  Then my knight was rewarded - with a hamburger and cola.  And I got to go to the garden center after all!
Posted by HolleyGarden at 8:00 AM

Email ThisBlogThis!Share to TwitterShare to FacebookShare to Pinterest
Labels: Design