Heirlooms are things of value passed down. 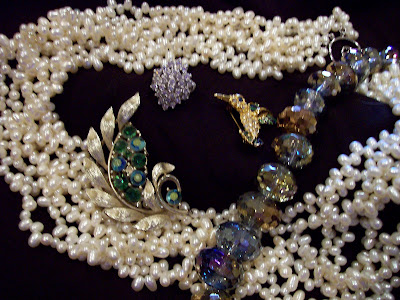 (Just for the record, the jewelry pictured above are not heirlooms; they are fakes.  They just look pretty!)

Today I'm going to explain how seeds became heirlooms.  Years ago, farmers would grow crops from seed, take the best vegetables from the harvest, and use the seeds the next year to grow more crops.  Year to year, the seeds would be passed down from the very best of the harvest.  They were valuable because the vegetables would grow and adapt to the farmer's soil and climate, thus making even better vegetables with a higher yield.  Very valuable, indeed.

Then, progress happened.  People started experimenting with seeds.  Chemists.  Companies.  And they would sell these seeds that would yield more, grow larger, and/or were more disease resistant.  These became the standard.  Unfortunately, a few things came to pass with this practice:

1) A lot of variety was lost.  Because these seeds had higher yields and better disease resistance, that's what farmers grew.  Only now, instead of going to the grocery store and finding 5 types of corn, they offer only 1.  Instead of 45 types of tomatoes, they offer 5.  Instead of 10 types of lettuce, they perhaps offer 3.

2) Nutrients were lost.  We eat to nourish our bodies.  We do that with a variety of foods.  With the variety of vegetables being depleted, so too were the number of nutrients our bodies receive.  Additionally, these improved seeds were grown and sold for yield, looks, and disease resistance, but not for nutrient content or even taste.  So, even if the tomato in the store looks pretty, it doesn't mean it's the best for your body, or that it even tastes good!

So, the farmer was stuck.  The people got used to seeing their vegetables a certain way.  And the farmers had to buy their seeds from these companies, because the companies own these seeds.

But - finally some people realized what was being lost.  So, these people began to track down the old varieties and began to offer Heirloom Seeds.  The seeds that the big companies don't own.  Some of these vegetables that come from these seeds may look a little funny.  They may not be big producers.  But the big selling point is their seeds can be saved from year to year.  And usually they taste better.  A true Heirloom. 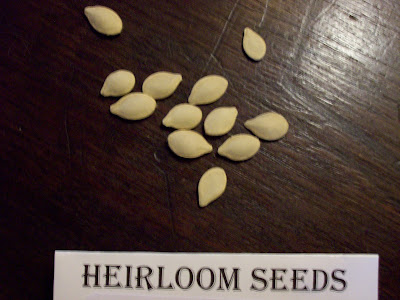 When you go into the grocery store, take a good look.    Are there any Heirlooms?  Or, like the jewelry in the picture above, do they just look pretty?

Posted by HolleyGarden at 9:55 AM